How To Fix Autostitch “Not Enough Memory” Error

By Billy Giles In English

Over the past few weeks, some readers have reported auto-build failing due to insufficient memory.

I have only 2 GB of memory and I almost completely abandoned the firmware. I mostly use PTGui, not to mention the stitching feature in Photoshop CS3.

The only place where I can get Autostitch to work properly is in Ubuntu Hardy Heron with Wine (1 GB system memory).

Why does Autostich run out of memory? Can’t it delegate some interactive memory to some revision file?

I’m not a programmer, so a good answer wouldn’t make much sense to me. I’m just upset that a cool program like Auto Stitch stopped working.

This may be the case given that I’m using very large images and there are also many of them. Usually ten 20 @ 8.2 Mpx. But still, why can other sewing programs do the job, even if it takes time, and not AutoStitch?

What’s weird is that I usually only get an error when all the rendering and mixing is done at the end of the process.

PS Only I have a single windows xp (home) climbit’s such a mistake, but at work (ubuntu) I don’t particularly set autostitch.
many years ago(permalink)

In general, do you have any thoughts about AutoStitch surprises when working in CrossOver, that it does not have enough memory? I think it also has this problem when natively running on Windows, but it’s been so common for me with CrossOver that I now assume there must be some unfortunate synergy…if it was that valuable to Windows, I can’t imagine anyone bothering to use it.

As far as I know, the memory implementation setting in Autostitch determines the actual time to failure. Using 1.5 GB memory that failed after one minute or so; when using 0.25 GB memory, it crashes after a few hours. The only way I’ve found to get auto-stitching to reliably complete is to reduce the overall size of the output image until it finally works, which can’t be less than perfect… any solutions? 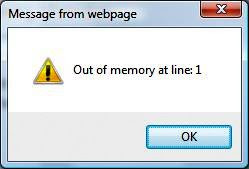 How To Fix The “Not Enough Memory” Error

How Do I Fix The Virtual Memory Limitation Of A Linux Process?